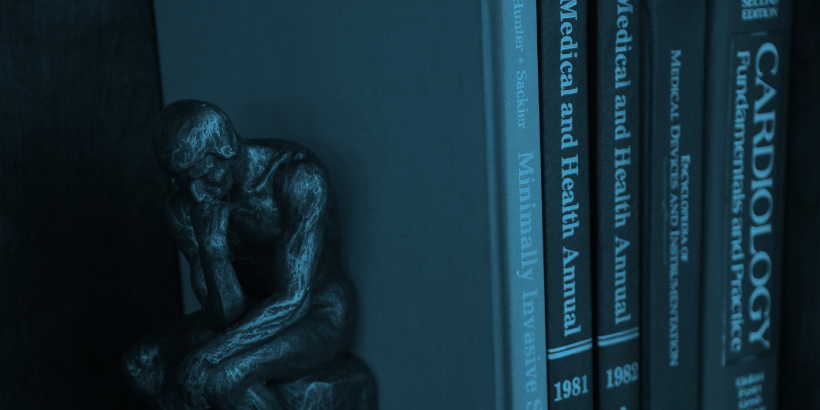 Over the last fifteen years, Primo Medical Group developed an unrivaled expertise in capital efficient development of new medical device technologies. The company has completed infrastructure and product development projects for numerous start-ups and corporate innovators and has the unique ability to provide cost savings using the economies of scale offered by our manufacturing capabilities and network bandwidth.

Primo Medical Group incubated and provided internal funding for six unique medical device technologies. Our team raised over $85 million in capital with each deal typically consisting of a mix of private and professional participation. Four of the six technology ideas have been generated from internal personnel and two from an existing relationship within the Primo Medical Group network.

Angiolink was organized in 1999 by Steven Tallarida and several of his colleagues to develop advanced medical devices for the treatment and diagnosis of cardiovascular disease. Angiolink’s objective was to become a leader in the design, development and commercialization of surgical wound closure devices and minimally invasive surgical devices beginning with femoral closure of vascular access sites used in percutaneous cardiac procedures.

From 1998 through 2000, Primo Medical Group provided office space, laboratory space, administrative and accounting services, engineering, design, purchasing and manufacturing services, all utilities except telephone and the services of some of their key employees. This support by Primo Medical Group substantially reduced Angiolink’s cash needs by minimizing the need and cost associated with establishing new offices as well as for administrative, accounting, human resources, purchasing, quality and MIS support for all of 1999 and most of 2000. Angiolink was acquired by Medtronic in 2004.

Arthrosurface® was organized in 2002 to develop surgical alternatives for the treatment of orthopedic joint disease. Arthrosurface's initial efforts have resulted in the development of a method to repair articular cartilage defects and damage to major joints including the knees, hips, toes and shoulders using minimally invasive surgical procedures.

While Steve Ek, the President of Arthrosurface, was employed by Primo Medical Group he was walking the floor and started looking at the eye shields they were manufacturing for laser eye surgery.  He took notice of how they created the curvatures to make the shield precise.  Then it dawned on him that he can apply that same logic to the knee.

When starting the company, the principals set out to create a system that fits the implant to the patient, rather than the patient to implant.  The company achieved this goal and their products also:

Since starting the company in 2002, there have now been over 30,000 HemiCAP devices implanted.

Spirus Medical was incubated and founded in 2005 by Primo Medical Group. Spirus Medical developed the disposable Endo-Ease Endoluminal Advancement System which utilizes a patented rotate to advance technology for the examination and treatment of upper and lower GI disorders. The technology was invented by James J. Frassica after experiencing first-hand the difficulty often encountered when advancing catheters into the body. He developed the intellectual property base in June 1995, and then began a partnership with Robert Ailinger in 2000 when the two collaborators formed Essex Technologies. In 2005, James and Robert joined with us to form Spirus Medical, Inc.

In clinical evaluations, the Endo-Ease Discovery® SB device was proven effective in achieving deep examination of the small bowel in far less time than the alternatives. The addition of a powered spiral element was under development and its potential to be a game changing technology in small bowel enteroscopy was unmistakable. The company operated from the innovation center until it was acquired by Olympus in June 2011. Spirus Medical LLC continues to distribute the Endo-Ease product line along with the Dexterity™ Steerable Introducer developed by Cardiosolutions (below).

Cardiosolutions was formed to commercialize life-saving, minimally invasive solutions for the cardiovascular disease market: a market that represents healthcare’s largest sector by patient population and by expenditure. The company was organized in 2008 to develop the groundbreaking work of the technology innovation team at Primo Medical Group.  Cardiosolutions designed and developed the Dexterity™ Steerable Introducer, a one-of-a kind steerable catheter for trans-septal left heart access with unprecedented navigation and positioning.

Cardiosolutions’ flagship design is its revolutionary Percu-Pro™ System for mitral valve repair. Percu-Pro™ is the first system explicitly designed as a passive mitral regurgitation therapy through the use of its patent-protected Mitra-Spacer™ technology. It is designed to treat functional and degenerative mitral regurgitation without altering the heart’s natural anatomy or structure. The Mitra-Spacer is still in development.

Saphena Medical was incorporated to advance the technology of endoscopic vein harvesting. Vein harvesting is a required procedure for obtaining the healthy vessels used for open heart bypass surgery. The Venapax was created to meet the clinician’s desire to perform the entire procedure, from vessel dissection to tributary or side branch transection with one instrument. Its Venapax™ vessel harvesting device will revolutionize the current standard of care and is expected to garner substantial endoscopic vessel harvesting market share.

To learn more visit them online at: saphenamedical.com Versago Vascular Access is the latest start-up incubated at Primo Medical Group. Accessing vessels for blood removal, blood cleaning and drug delivery is one of the most common procedures in medicine today. For patients requiring frequent blood access, such as with chemotherapy, kidney dialysis and certain autoimmune diseases, vascular access becomes a painful, damaging procedure that can destroy blood vessels permanently. Unlike the traditional method, Versago’s dilating site access technology presents itself from an implanted port, up through the patient’s skin and into an access housing where the clinician can safely and reliably connect to the blood stream. The port is attached to the vasculature with a standard catheter. Similar to traditional ports, it can be implanted as a simple outpatient procedure.

The company’s dilation access technology features removable closed tip needles with a large bore that allows for greater throughput. The technology will smoothly open the access site so that the tissue is not torn or dragged like conventional open-bore needles. The result is less bleeding and reduced tissue healing time, as well as a lower risk of pathogen migration. The simple external actuator accepts the dilating tips and allows clinicians safe access to remove them and access blood through the connected catheter with minimal damage to the patient. Visit them at: http://www.versagovascularaccess.com

For further information contact any of the following individuals.